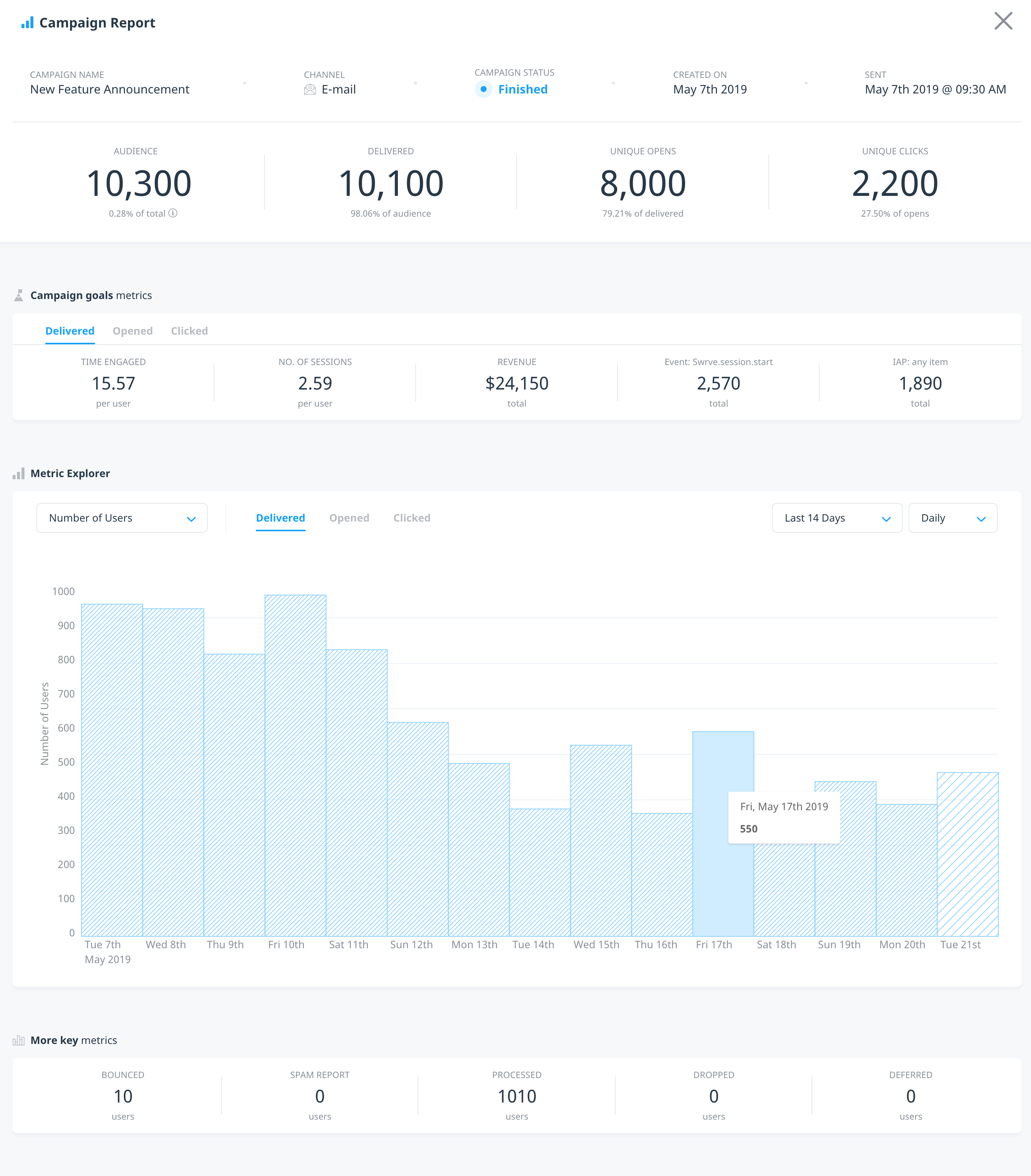 Swrve’s Campaign center has two options for viewing your campaign results. Use the available filters to customize your campaigns view, for example, by state or channel.

The Campaign Report screen displays campaign details and channel-based metrics for your campaign results. It also displays Swrve’s default tracking metrics and results for any custom goals selected when creating the campaign.

The first line of the report displays general campaign information, depending on the channel:

To view Campaign report diagnostics, select the info icon under the Audience total. 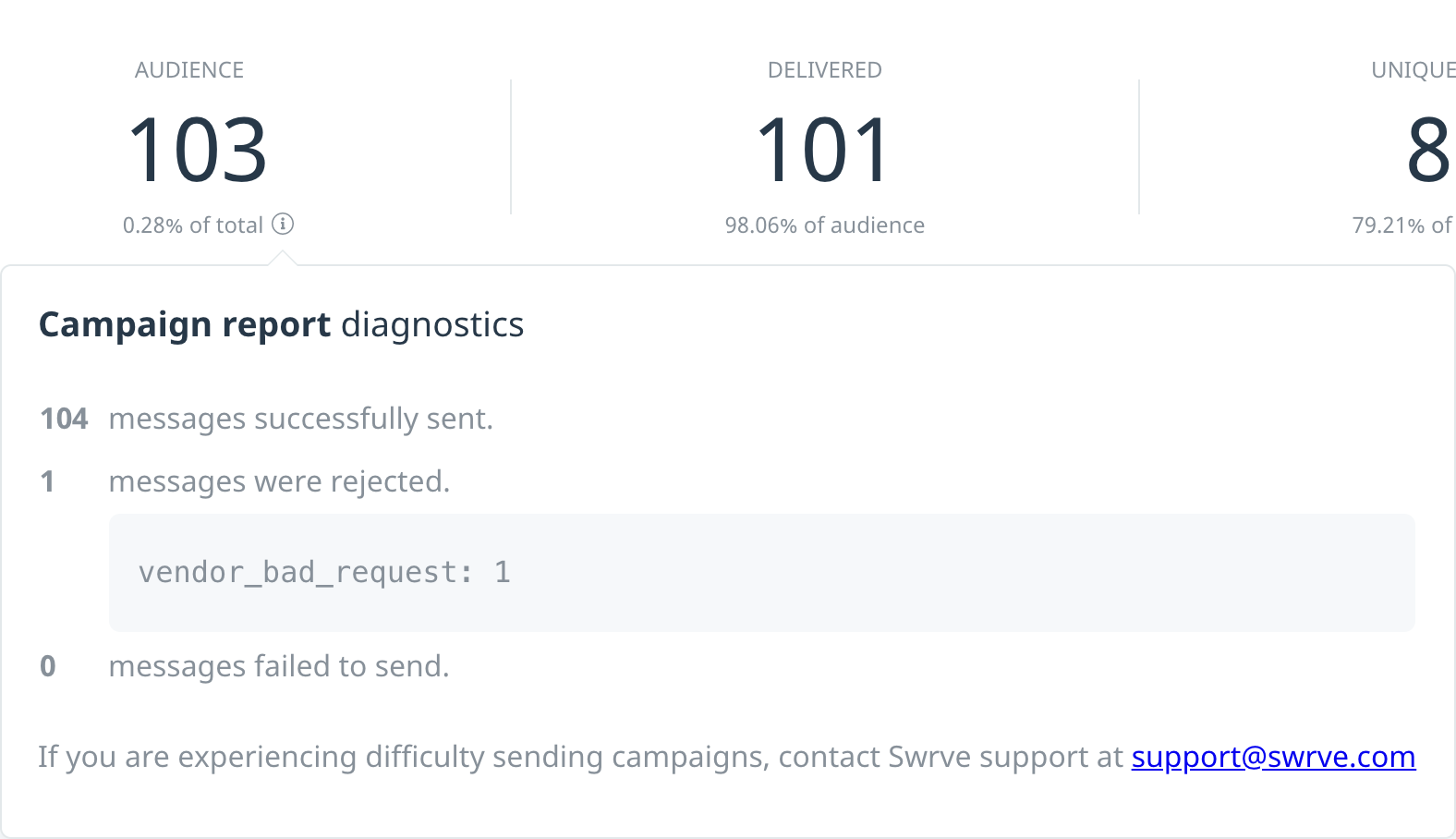 The diagnostics show a breakdown of:

This section displays results for the default and custom goals included in your campaign. Depending on the campaign channel, select the user cohort link (for example, Viewed, Delivered, Opened, Clicked, Engaged) to view the metrics for that group of users.

The Metric explorer chart displays a bar graph of certain key metrics for each user cohort (for example, Viewed, Delivered, Opened, Clicked, Engaged), over the selected time series and granularity. Select a metric from the list to view results for the following:

By default, the Metric Explorer displays results for the past 7 days. To view a metric over any combination of time series and granularity, use the options on the right. Each time series displays a default granularity but you can adjust the granularity by selecting another option as required.

KPIs are updated regularly throughout the day, so if your chart includes a current time granularity, it may only display partial data (semi-shaded bar).