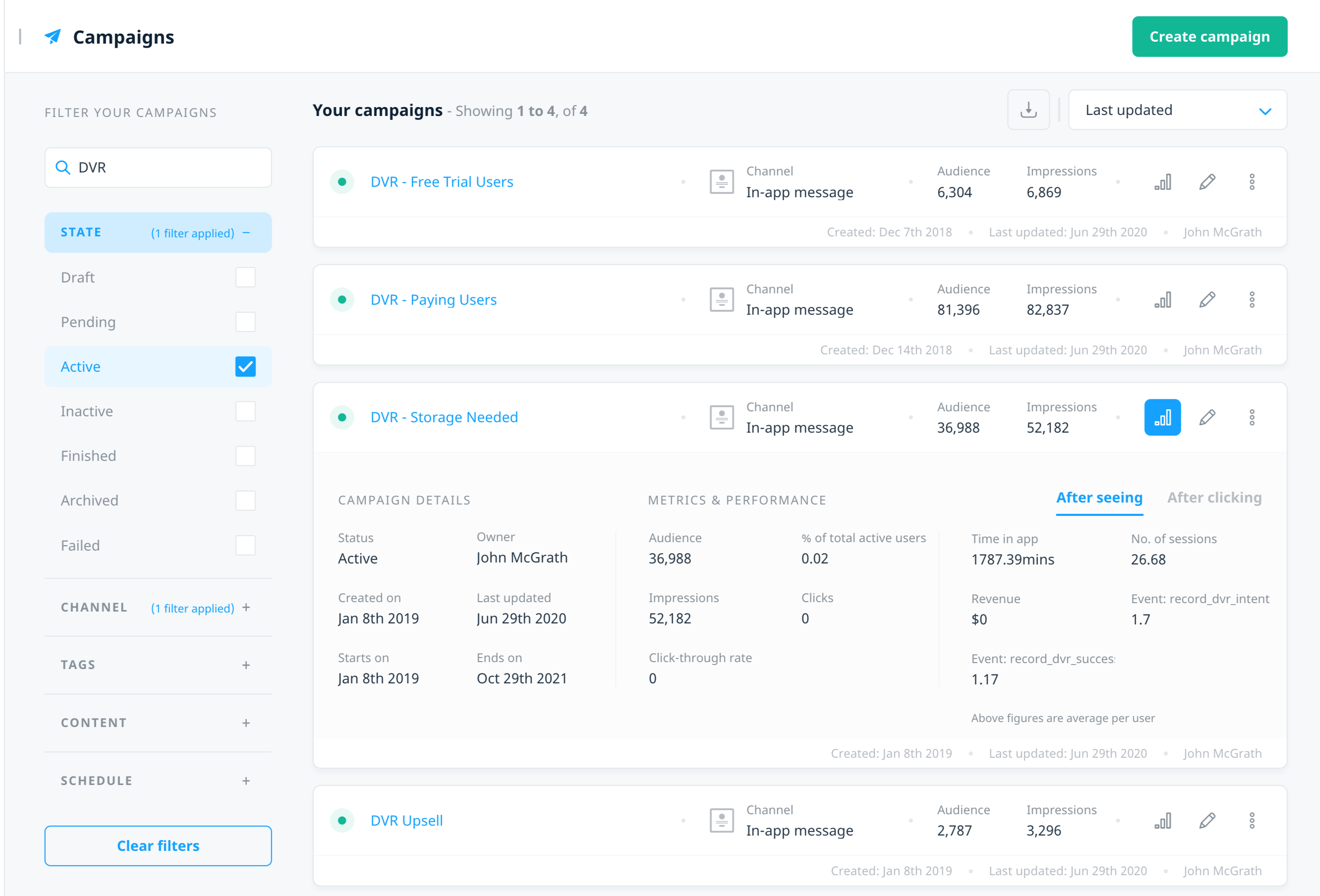 You can perform the following actions in the Campaigns center:

The in-app message status can be one of the following:

To view the detailed report for a particular in-app message, on the Actions  menu, select View Campaign.

Depending on the message status, you can perform the following actions on the individual in-app message screen.

For in-app messages in any status other than Draft or Scheduled, the individual message screen displays a detailed report of your in-app message campaign results (Campaign Report tab) and an overview of the message content (Message Details tab). If your in-app message includes multiple variants, the graphs display the results for each variant in the corresponding color.

The Campaign Report tab displays the default tracking metrics as well as any custom goals you selected when creating the in-app message. The top of the report displays overall totals for the following performance indicators, from the start of the campaign:

Below the campaign totals, the Engagement Metrics section displays a bar graph of the default and custom metrics for users who both saw (After Seeing) and clicked (After Clicking) the message, broken down by message variant, if applicable. Select the associated button to switch between the two views. The engagement metrics are:

The Metrics Over Time section displays a line graph of various KPIs for the in-app message campaign, including the default metrics, custom goals and standard KPIs. You can also choose to view results for impressed and clicked users by selecting After Seeing or After Clicking. The graph includes the following features: