Swrve provides you with two ways to measure the effectiveness and impact of your campaigns: 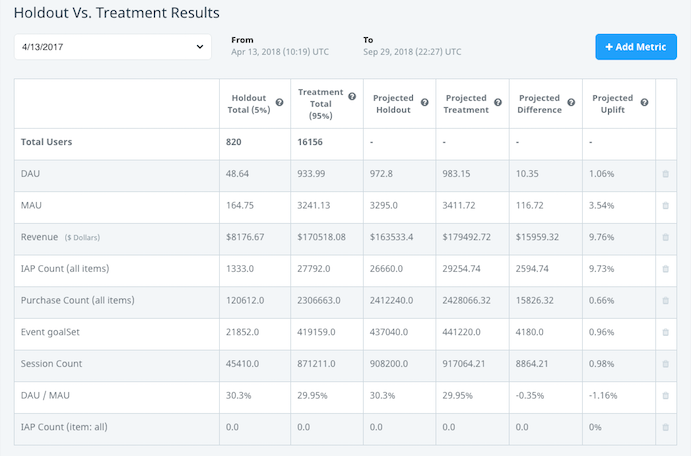 In some instances, you may need to send an urgent message to all users, for example, a status update or service maintenance window. To ensure a campaign goes to all users, manually remove the holdout group filter on the Audience screen.