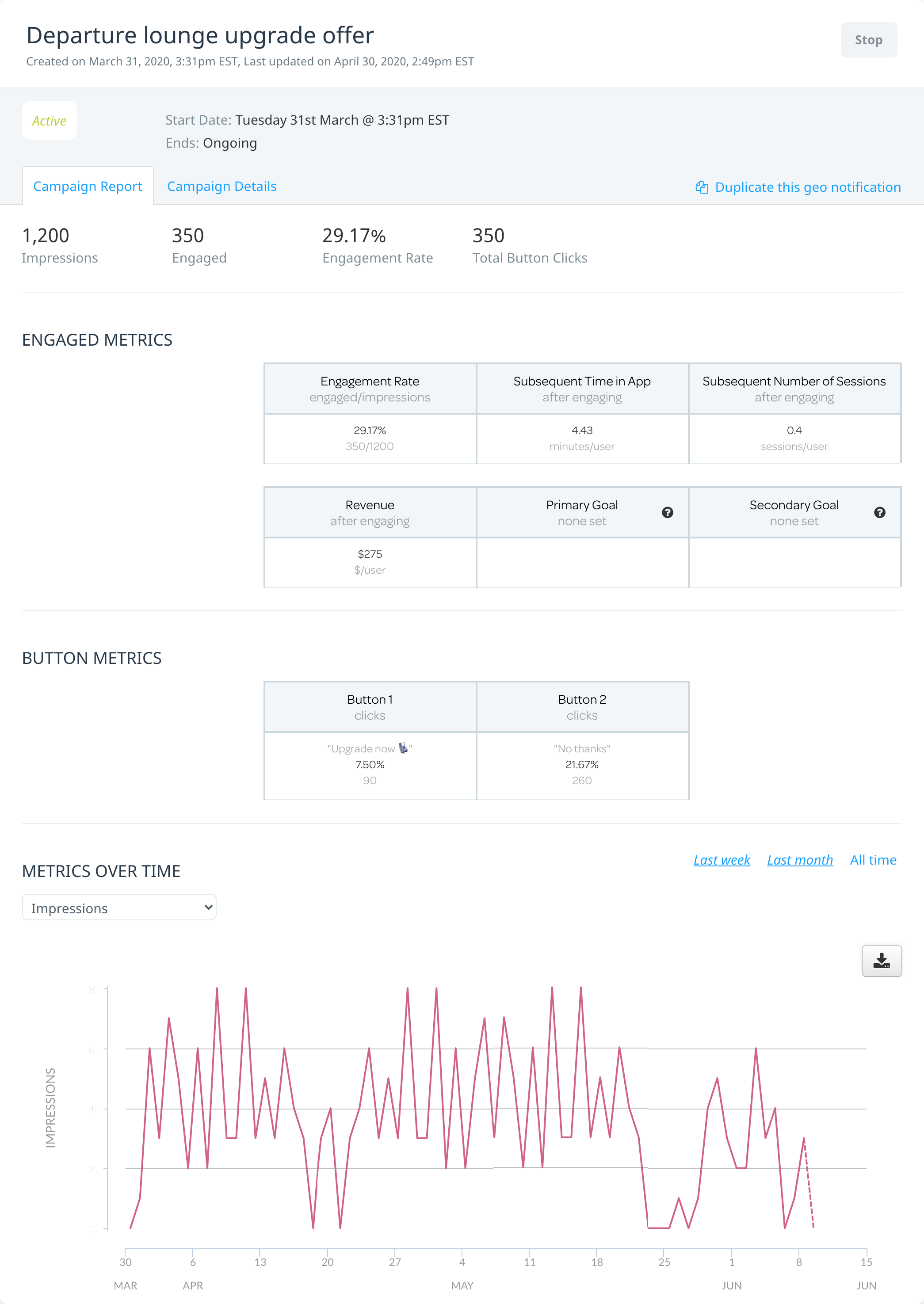 Swrve’s Campaign center has two options for viewing your geo-triggered notification campaign results. To display only geo-triggered campaigns, filter your campaign view by state and channel, or use the search box to display geo push campaigns.

You can perform the following actions in the Campaign center:

To view the detailed report for a particular campaign, on the Actions  menu, select View campaign.

For campaigns in any other state than Draft or Pending, the individual campaign report includes a detailed report of key campaign metrics (Campaign Report tab) and an overview of the campaign content and delivery results (Campaign Details tab).

The Campaign Report tab displays the default tracking metrics as well as any custom goals you selected when creating the campaign. The top of the report displays overall totals for the following performance indicators:

The engaged metrics section displays the default and custom metrics for engaged users:

The Metrics over time section displays a line graph of various KPIs for the geo notification campaign, including the default metrics, custom goals and standard KPIs. The graph includes the following features to enable you to:

The Campaign Details tab displays an overview of the notification platform, target audience, geoplaces and other triggers, campaign goals, and message content.