FAQs > Push Notifications FAQ > How do I include emojis in my campaigns?
Last modified May 27, 2020 by David Breen
Swrve supports the use of emojis in all push notification and Conversations campaigns. 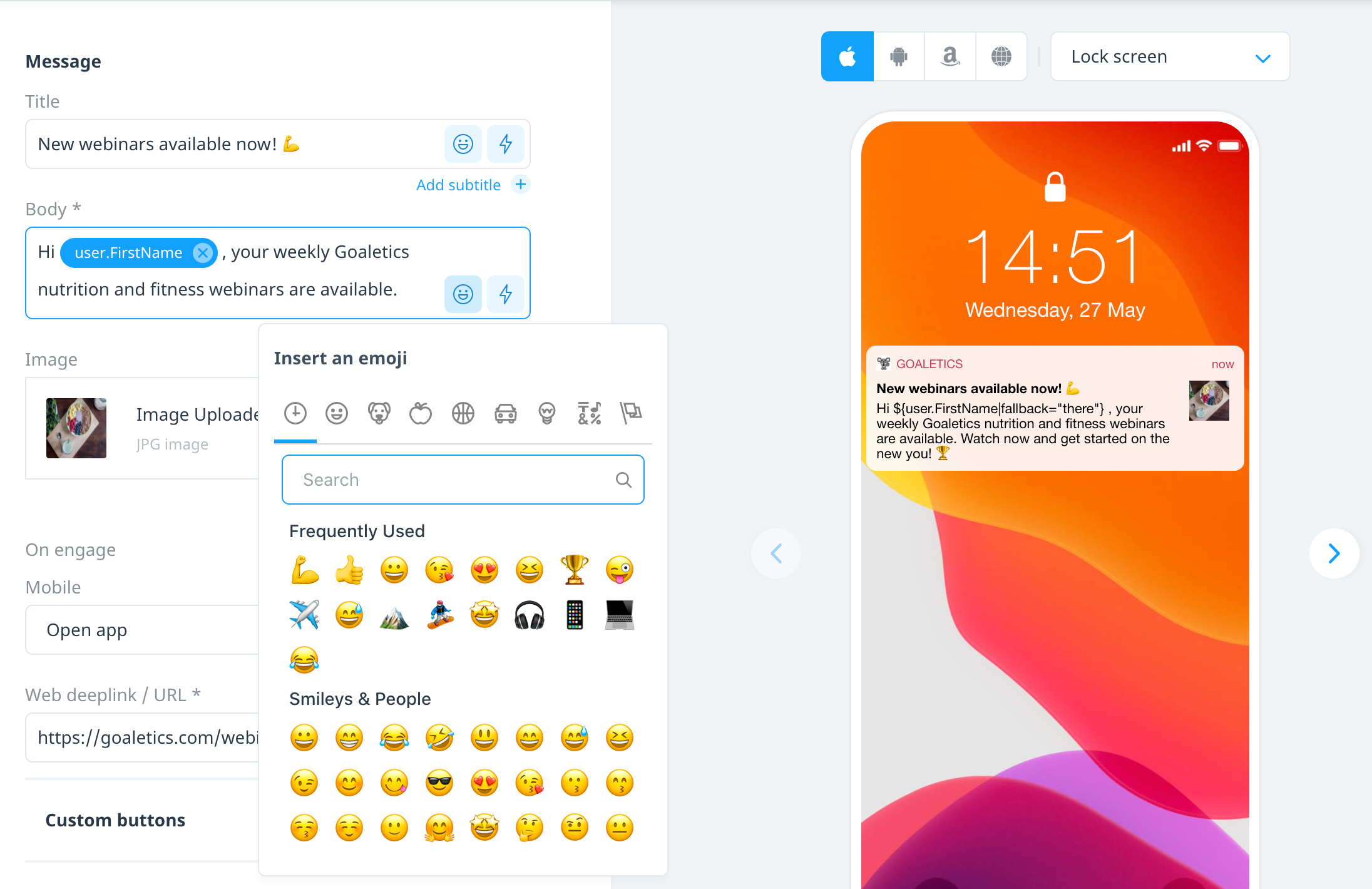 The emojis available in the dialog box should display on a wide range of devices, however depending on the device’s operating system (OS) and version, some emoji may not be supported on certain target devices (particularly older Android devices). Note that emoji is only supported on Android version 4.3+ and iOS version 6.0+.

The emoji displayed in the device preview may not match exactly what is displayed on the target device, as different OS’s have different styles for rendering the same emoji. 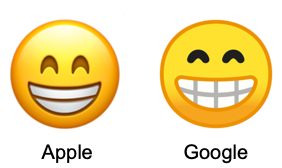 The Conversations editor does not currently include an emoji dialog, however you can copy and paste an emoji into any text box, including buttons, using the method described above. Emoji characters are rendered using the native OS font or style, and may not render on older Android devices.

If you include Swrve push notifications in your Journey Builder campaigns, copy and paste the emoji directly into the notification content. Do not use the unicode (for example, Unicode: U+1F642, UTF-8: F0 9F 99 82), as when Swrve triggers the associated campaign rule, the unicode is not parsed correctly.