For a general overview of the KPIs available in Swrve, see Intro to KPIs. For more information about creating reports using currency KPIs, see Trend Reports.

A currency KPI-based Trend Report provides you with graphs depicting currency purchased and currency given data. The Currency Given and Currency Purchased KPIs are currency-specific. You must select the type of currency you want to track before adding the KPI to the Trend Report and you must add a different KPI for each currency in your app in order to track all known in-app-currencies.

The following figure shows the Currency Purchased and Currency Given KPIs on a sample Trend Report. 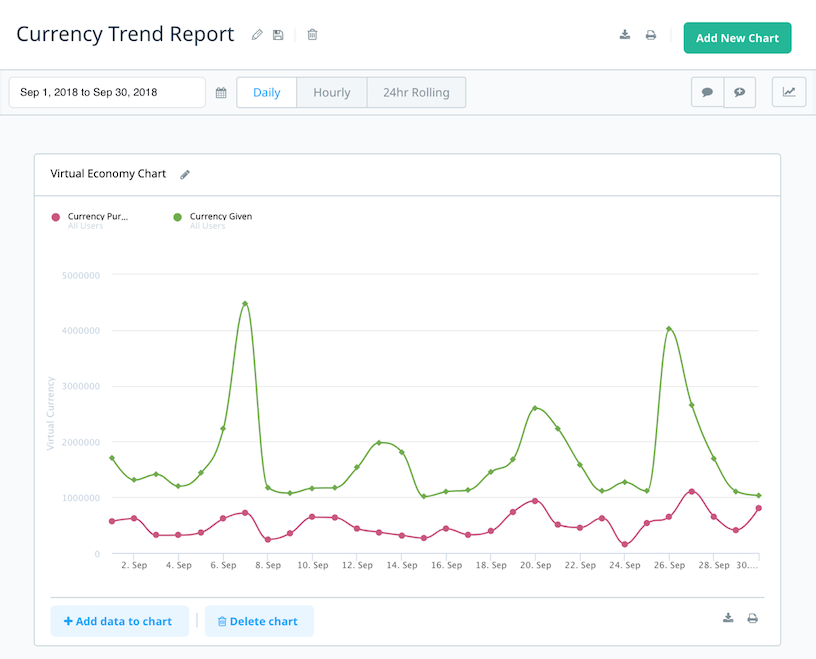